Arrcus snags $30M Series B as it tries to disrupt networking… 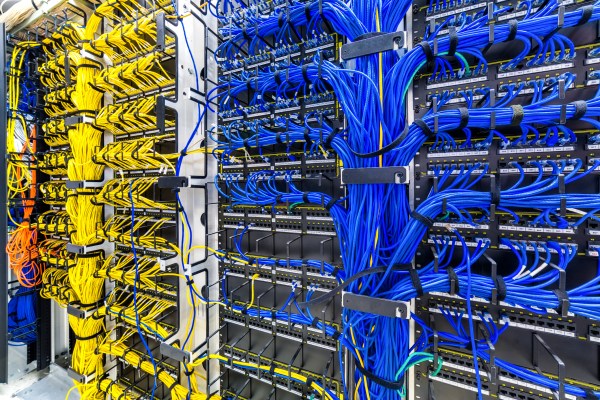 Arrcus has a bold notion to try and take on the biggest names in networking by building a better networking management system. Today it was rewarded with a $30 million Series B investment led by Lightspeed Venture Partners.

Existing investors General Catalyst and Clear Ventures also participated. The company previously raised a seed and Series A totaling $19 million, bringing the total raised to date to $49 million, according to numbers provided by the company.

Founder and CEO Devesh Garg says the company wanted to create a product that would transform the networking industry, which has traditionally been controlled by a few companies. “The idea basically is to give you the best-in-class [networking] software with the most flexible consumption model at the lowest overall total cost of ownership. So you really as an end customer have the choice to choose best-in-class solutions,” Garg told TechCrunch.

This involves building a networking operating system called ArcOS to run the networking environment. For now, that means working with manufacturers of white box solutions and offering some combination of hardware and software, depending on what the customer requires. Garg says that players at the top of the market like Cisco, Arista and Juniper tend to keep their technical specifications to themselves, making it impossible to integrate ArcOS with those companies at this time, but he sees room for a company like Arrcus.

“Fundamentally, this is a very large marketplace that’s controlled by two or three incumbents, And when you have lack of competition you get all of the traditional bad behavior that comes along with that including muted innovation, rigidity in terms of the solutions that are provided, and these legacy procurement models, where there’s not much flexibility with artificially high pricing,” he explained.

The company hopes to fundamentally change the current system with its solutions, taking advantage of unbranded hardware which offers a similar experience, but can run the Arrcus software. “Think of them as white box manufacturers of switches and routers. Oftentimes, they come from Taiwan, where they’re unbranded, but it’s effectively the same components that are used in the same systems that are used by the [incumbents],” he said.

The approach seems to be working as the company has grown to 50 employees since it launched in 2016. Garg says that expects to double that number in the next 6-9 months with the new funding. Currently the company has double-digit paying customers and over 20 in various stages of proofs of concepts, he said.

Previous The Worst CPUs Ever Made…
Next Whistle Go Explore impressions: A smarter pet tracker…

Consumer agency warns against Peloton Tread+ use, as company…

Almost exactly a month ago, Peloton CEO John Foley wrote an open letter about the ...